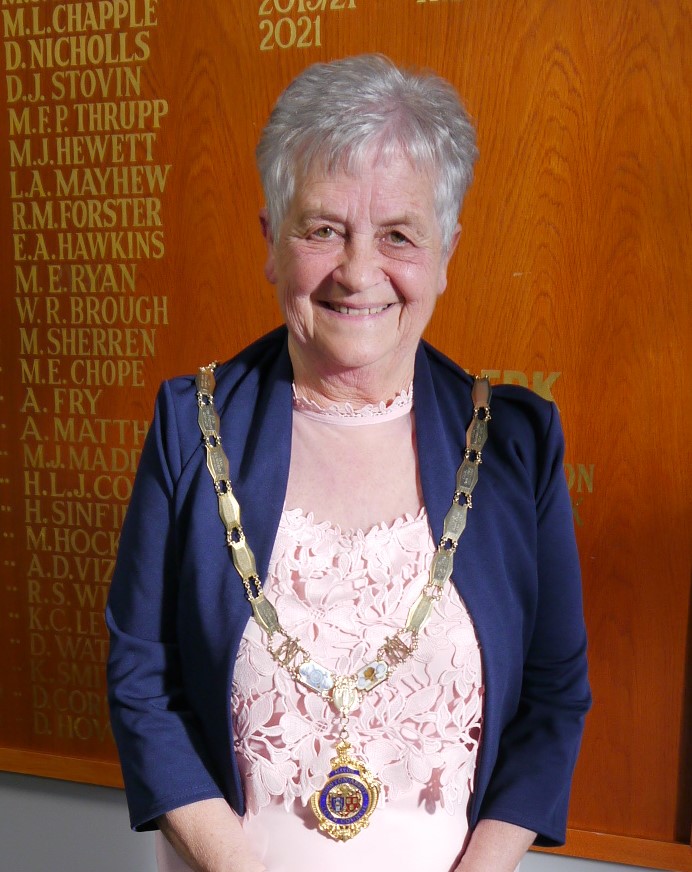 The Mayor of Newton Abbot

The Mayor of Newton Abbot for 2022/2023 is Councillor Carol Bunday and she will be raising money through various events for her Charity, The Ricky Grant Unit at Torbay Hospital. For more information on this Charity see https://www.torbayandsouthdevon.nhs.uk/services/ricky-grant-unit/

Each year a cadet from one of the youth services in the Town is chosen to be the Mayoral Cadet for the forthcoming year.

Cadet Larrisa Bradley from the 1322 Air Training Corps has been chosen to act at the Mayor’s Cadet for 2022/2023 and will accompany the Mayor to various engagements.

The Mayor’s Chaplain for the year will be Ben Maynard.

If you would like the Mayor to officially attend a function please contact the Mayor’s Secretary, Mrs Carla Winsborrow 01626 201120 or email [email protected]

Details of the Mayor

I was born and bred in Newton Abbot and attended a local primary and senior school in the town.

On leaving school I trained to become a hairdresser working in a local salon.

I later began working at Coombeshead Academy where I give support to students with behaviour and social problems. I retired in 2013 to concentrate on my council role and ward

I have two sons, my eldest works in Exeter after spending 3yrs in the Army and my youngest son is a Chef at a well-known restaurant in Kingsteignton.

I very much enjoy my role as a Councillor and am always keen to support the town in any way I can.

I am very much involved with the ATC as a civilian trustee and a member of Highweek Primary School governing body.